Where Are the Best Places to Live and Work? 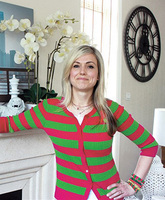 In an increasingly globalised world, with possibilities to work remotely, it has never been easier to experience life in a new place. However, with so much choice available, it can be difficult to decide where to settle. Below explores the best places to live and work to help inform your decision.

Many flock to Spain to chase after its warm, sunny climate. In Barcelona, you can combine cultural sightseeing with a relaxed beach holiday. On the southern coast, known for its tapas, you can expect to enjoy 320 days of sunshine per year. A short distance away from the mainland, the Balearic Islands are known for their scenic coast.

The Spanish economy has experienced several downturns in recent years and unemployment remains high. Nevertheless, many choose to live in Spain for the lifestyle that it offers. Spanish people are famed for being hospitable and congenial. The weather facilitates social interactions until even the early hours of the morning.

Although Spanish is one of the world’s fastest languages based on words per minute, the language is not considered to be excessively challenging. Spanish shares many similarities with other Latin-based languages, such as French, Italian and Portuguese. It also has a surprising amount in common with English. This includes its formation of progressive tenses. If you have begun your Spanish language training, it is recommended to make the most of the great number of Spanish material available online. This includes award-winning series and films on as Netflix and Prime, as well as newspapers such as El País. By learning Spanish, you will be able to not only communicate with Spaniards, but the majority Latin America.

France is a great country

France is often ranked highly as one of the best places to live. This is in part due to the government support offered across various sectors, including healthcare and childcare. With generous workers rights, employees are entitled to long holidays and shorter working hours.  France is also known for its exquisite gastronomy, notably its cheese, wine, pastries and bread. Paris, France’s capital city, attracts millions of tourists each year. The city is home to iconic sites including the Eiffel Tower, Louvre (where you can find Da Vinci’s Mona Lisa) and the Jardins des Tuileries.

With such a rich culture, it is no wonder that the French take particular care to protect it. As such, any French lessons you undertake before you relocate to France should also include lessons on French culture and the main cultural mistakes to avoid. Take care to use the formal vous in professional settings, always say hello and goodbye when entering and leaving a store and do not recoil when someone greets you with a kiss on each cheek. The latter is standard practice in both informal and formal settings.

France, particularly Paris, is also formed of a high immigrant population. Undertaking cross-cultural training to account for diversity and inclusion is essential for anyone in a leadership position. Indeed, this will no doubt be mandated by your employer.

Germany’s economy ranks in the top five economies of the world. Famed for its innovation, it has one of the world’s highest expenditures on Research and Development. The main pillars of the German economy are services and production. The success of the German economy is reflected in the salaries enjoyed by its local population. In addition to this, Germany offers workers ample leisure time – the typical working day is one of the shortest in Europe. The country also boasts a clean environment and low crime rates.

Due to its similarity to the English language, native German speakers often know English to a high standard. Being able to speak German, however, will give you a significant advantage, particularly when engaging with German clients. If you find German grammar challenging, it is advisable to undertake some German lessons with a native German tutor. This can complement any independent language training you may be doing before relocation to the country.

Currently ranking as the world’s most successful economy, the United States is known for its ‘can-do’ attitude. At work, you will note a general mood of optimism and self-confidence. North Americans are known for being friendly and open, so expats typically make friends with ease. New York and is a popular place for both employees and tourists, however it is expensive and not everyone enjoys its fast-paced lifestyle. On the West Coast, Los Angeles provides a more relaxed way of living. It is the perfect place for those interested in healthy-living and good weather.

Besides the accent and a few negligible variations in vocabulary, there are few differences between American and British English. Many non-native speakers find American English more easily comprehensible and thus you may wish to learn the American dialect first.

Many of the world’s great architectural and geographical splendours can be found in Italy. In Rome, explore the Colosseum, Pantheon, Roman Forum and Trivi Fountain. In Florence, visit the Uffizi Gallery and the Cathedral of Santa Maria before a stroll in Ponte Vecchio. Venice, meanwhile, promises a romantic cruise down its innumerable canals. Near Venice, Milan, one of Europe’s fashion capitals, is the epitome luxury and style. The Galleria Vittorio Emmanuele (near to the impressive Duomo) is the ideal place for keen shoppers.

No visit to Italy is complete without sampling its local delicacies.  With each region boasting its own cuisine, variety is omnipresent.

Given the beauty of the country and language, taking an Italian language course is very popular. Before traveling to Italy, many opt for virtual Italian lessons via an online classroom.

The United Kingdom includes England, Scotland, Wales and Northern Ireland. London, the nation’s capital, is home to over 9 million inhabitants. The fact that so many choose to make London their home is no surprise. One of its main attractions is its job opportunities. There are 1 million companies registered in London. Nevertheless, success is not reserved for London alone. Across the UK, close to 20,000 tech start-ups launched in 2020, despite the challenges of Covid-19.

Working in the United Kingdom will necessitate a strong command of the English language. Although the United Kingdom is highly cosmopolitan, the ubiquitous nature of English has negated the need for native English speakers to acquire additional foreign languages. If you are looking to improve your English, BiCortex Languages helps both expatriates and their families improve their English language skills. Offering English lessons online and in-person, BiCortex Languages is formed of expert language specialists, and also provides translation services.

This article was contributed by Inigo Lopez, of Bicortex Languages, who can provide language coaching for assignees in all the above countries.